The iPhone 13 Pro and Pro Max, expected later this year, will feature an improved ultra-wide lens with the additions of sensor-shift image stabilization and autofocus, according to sources cited by DigiTimes. 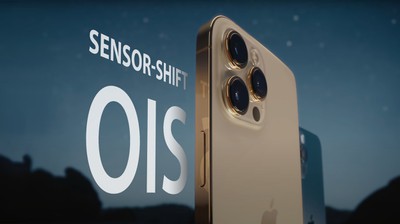