Apple’s iPhone 11 was the most-shipped smartphone in the first half this year and has been the single most popular handset of 2020, according to new research by Omdia. 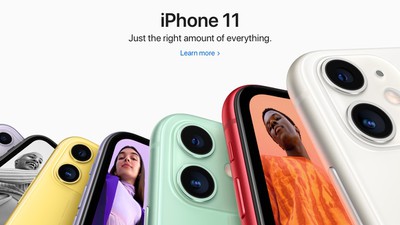 A key driver of the success of the ‌iPhone 11‌ was adjudged to be the lower starting price, which is $50 cheaper than the ‌iPhone XR‌ yet adds significant hardware improvements. The report notes that due to these improvements, iPhone sales have remained strong in 2020, despite the global health crisis.

Several other ‌iPhone‌ models also make the top 10 ranking, including the 2020 iPhone SE in fifth place (8.7 million units shipped), followed by the…

Deals: Pad & Quill slashes up to 50% off accessories for iPhone, Apple Watch, Mac

Maxell sues Apple again over FaceTime and other iPhone features

Apple Privacy Chief: North Dakota Bill ‘Threatens to Destroy the iPhone as You Know It’

Are Samsung Galaxy Buds a good earbud choice for iPhone and Mac users?